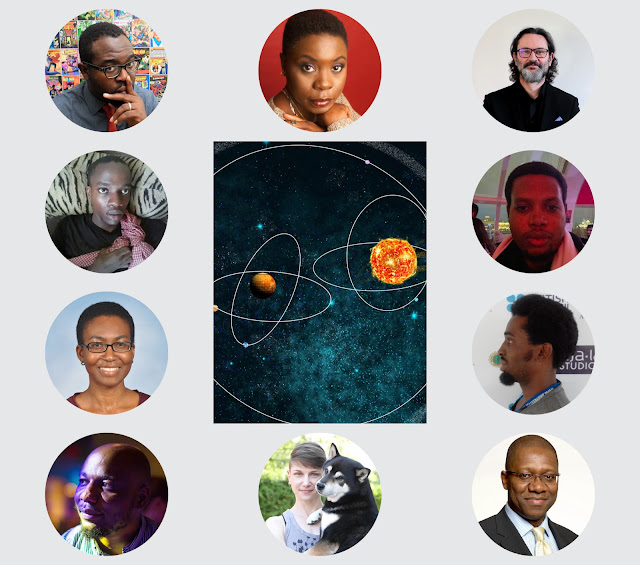 Sauúti is taken from the word “Sauti” which means “voice” in Swahili. This world is a five-planet system orbiting a binary star. This world is rooted deeply in a variety of African mythology, language, and culture. Sauúti weaves in an intricate magic system based on sound, oral traditions and music. It includes science-fiction elements of artificial intelligence and space flight, including both humanoid and non-humanoid creatures. Sauúti is filled with wonder, mystery and magic.

I am excited to finally be able to tell everyone about this project and so privileged to be part of this collective – the Sauútiverse. Spearheaded by Wole Talabi, Fabrice J. Guerrier (Syllble) and Dr. Ainehi Edoro (Brittle Paper)

"...it’s been really incredible to witness these African writers from different walks of life come together to use their imaginations to change the world." – Fabrice Guerrier

"Built on the philosophy of community and ubuntu, the collective’s hope is that this fictional world will be a sandbox for generations of African and African diaspora writers to work together and imagine endless possibilities of something new for a continent on the brink of cultural rebirth and renaissance."

"Through worldbuilding and creating a new universe, writers in the Sauúti Collective at Syllble have been empowered to dream more, share critical ideas, and occupy the forefront of innovation in the speculative space, bringing something entirely new to the global table."