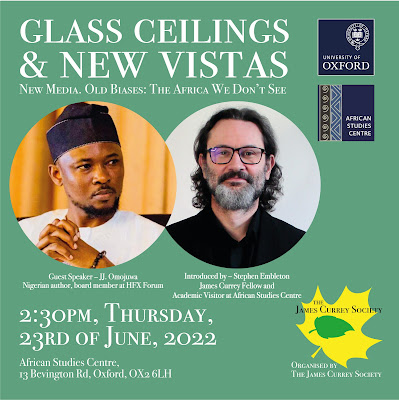 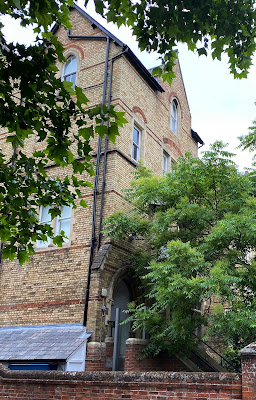 23 June 2022. We kicked off our discussion with JJ Omojuwa at the African Studies Centre (University of Oxford), with a quote from JJ's book's dedication:

To the struggling African,

things will not become easier; you must learn to be better, everyday.

Soon, you will thrive, prosper and conquer. Remember to take others

along when you do. 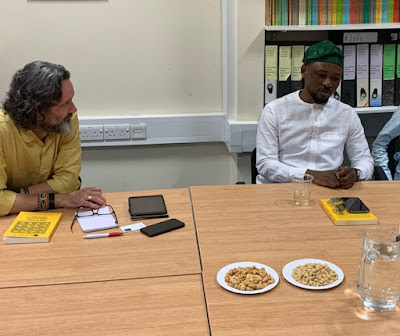 With around 15 of us, Onyeka Nwelue made introductions and we asked those attending to introduce themselves and their backgrounds. I then introduced JJ Omojuwa in relation to my own media background:

When I came to the internet in the mid-nineties, it was very much the wild west. Everybody was putting anything they wanted to onto the internet, saying what they wanted to, so there was a time when there was absolute freedom of information flowing. And then, we come into the 2000s and governments start getting involved, they are seeing the potential and so we were having this battle between those free voices and those big organisations, big government, trying to wield their power. JJ Omojuwa (and myself) believe strongly in the democratisation of this digital space, rather than over-regulation.

JJ speaks to leadership, and the youth being the leaders of tomorrow, TODAY. And beyond the misconception that "leader" only pertains to political leadership.

Passive: Sitting watching the TV and accepting what is getting thrown at you, consuming.

"Be humble enough to be grateful of what you know, appreciative of how far you've come, to know there is just a long way to go. And to also accept that the models that shape the world today were not designed for us as Africans. They were not. We must ask new questions of our world. And ask as it is remodelled. Not for us but for a world that is just and equitable. And not equitable for the sake of TV, and appearances. Equitable in the real and absolute sense." 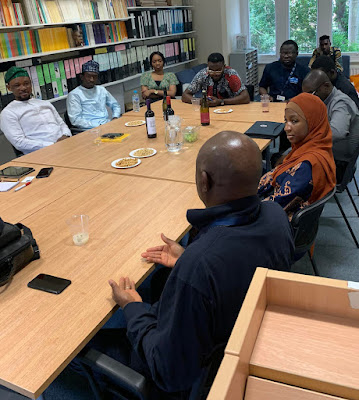 Also in attendance was Sonny Iruche: Senior Academic Visitor to University of Oxford (experience as an investment banker, politics, including South African and Nigerian relations).  He gave his perspective of the past decades on the continent and young Africans being eager to take their destinies in their own hands.

Habeebah Bakare – from Nigeria, involved in global health and development, and Nigeria's public health sector. Habeebah spoke towards individuality, biases, and the "new model" – in her own work and discussions around representation and using the media. She realised there are three key factors in this work: