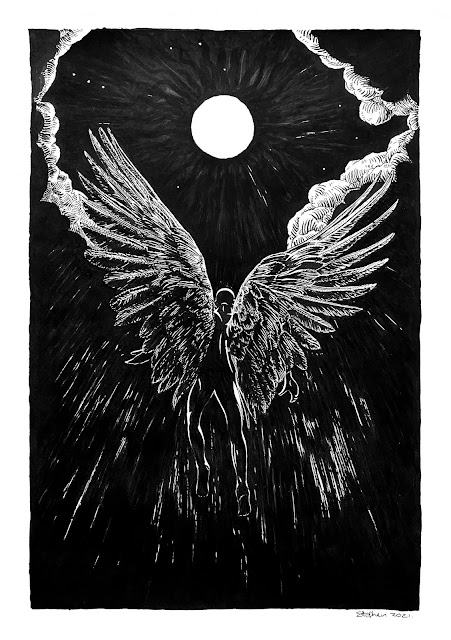 The Work In Progress: 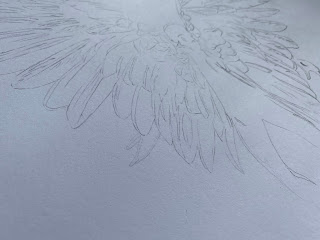 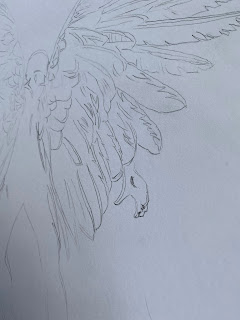 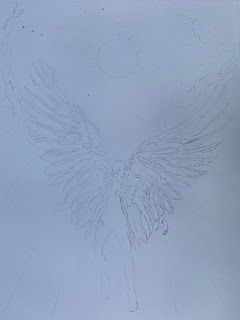 Originally meant to be a solid black sky, I had put down the ink in swooping brushstrokes – but keeping in the direction of the moon and the figure's movement upward – and realised what the streaks added to the upward movement I wanted to have. This led me to simplify the strokes but without losing the "light streaks" altogether. 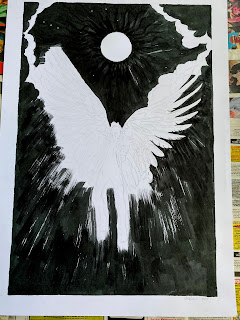 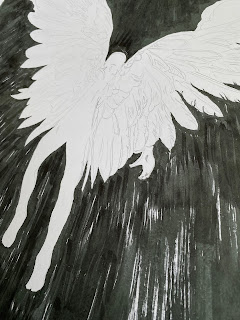 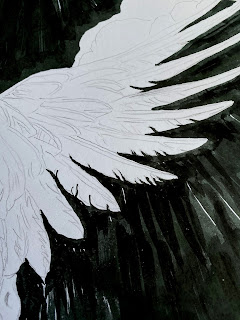 Knowing ink has varying degrees of translucency I decided to use its idiosyncrasies to my advantage and have areas of solid black while others (particularly around the moon) using the lighter ink application to give some life to what could have been dead black. And when viewed in person, this evident more than when viewing the artwork on a screen – which I like. 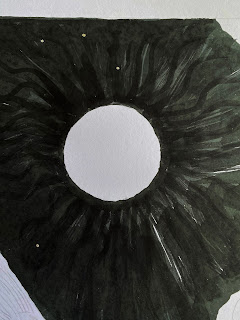 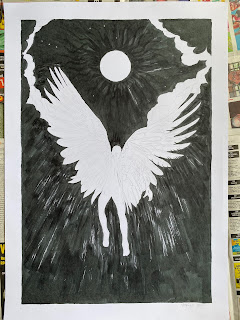