READ 'LAND OF LIGHT' ONLINE: The project from Geoff Ryman via the Manchester Review produced a themed online edition on the Rise of African Science Fiction & Fantasy featuring a reprint of my first SF short story “Land of Light”. http://www.themanchesterreview.co.uk/?p=7680 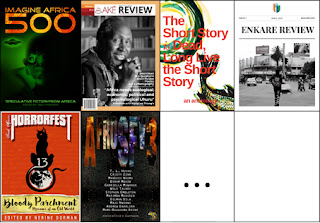 
A gust of wind blasted Prunelle from the side as the bus came to a stop a few feet in front of her. Panicked, she reflexively grabbed at the soft cloth covering the lower half of her face. "All okay," she thought. She touched and tweaked its position as she took the few steps forward and into the warmth of the waiting vehicle. She tried to ignore the weary look from the driver and quickly scanned her bus pass, heading as far into the back of the bus as she could go. The seats ran parallel to the sides of the bus, but fear of eye contact forced heads up at the advertisements or down at the grimy floor. Prunelle seated herself at the far…
Read more 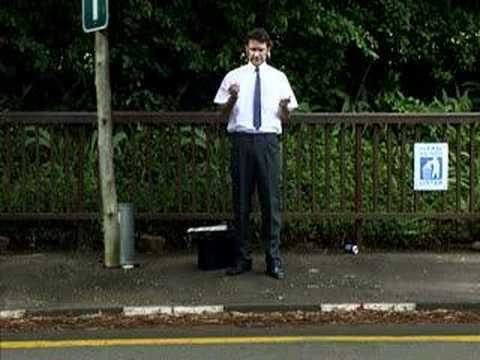 I'm really proud to be part of the rising tide of African speculative fiction,I'm really proud to have been given the opportunity to create the logo/brand.
With member input, we managed to steer the design into something unique - and most importantly for me - not clichéd African (continents, design motifs, rough textures).

The central character (literally) is the Nommo:
"The Nommo are mythological ancestral spirits (sometimes referred to as deities) worshipped by the Dogon people of Mali. The word Nommos is derived from a Dogon word meaning "to make one drink." The Nommos are usually described as amphibious, hermaphroditic, fish-like creatures. Folk art depictions of the Nommos show creatures with humanoid upper torsos, legs/feet, and a fish-like lower torso and tail. The Nommos are also referred to as “Masters of the Water”, “the Monitors”, and "the Teachers”. Nommo can be a proper name of an individual, or can refer to the group of spirits as a…
Read more