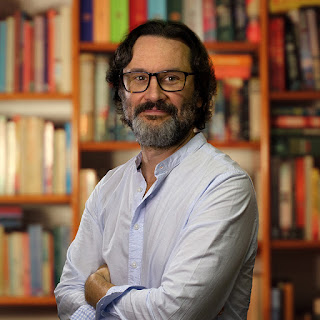 I was born and currently live in Durban, KwaZulu-Natal, South Africa. 45 years old. My background is Graphic Design, Art Direction in Advertising, and Film/Video production and directing.

I converted one of my first short stories into a film script in 2005 and completed the first draft of a Science Fiction novel in 2011, which remains unpublished.  I began short story writing as a means to hone my writing skills and keep the creativity flowing. One of my short stories was published in 2016 in the 'Imagine Africa 500' speculative fiction anthology (reprinted in the Manchester Review in 2017), followed by more in the 'Beneath This Skin' 2016 Edition of Aké Review, 'The Short Story is Dead, Long Live the Short Story! Vol.2', and the debut edition of Enkare Review 2017 - and more.

I am a charter member of the African Speculative Fiction Society and its Nommo Awards initiative.
My debut speculative fiction novel, Soul Searching, was published in August 2020 by Guardbridge Books (UK).

Soul Searching Novel to be Published

Guardbridge Books has offered to publish Soul Searching ! Aiming for an April 2020 release. The work now begins on revisions and edits to really polish off the manuscript. I will be posting regularly on social media about that progress... 12 October 2019 Tucking into the notes. Making revisions. #amediting #sf #SoulSearching2020 15 October 2019 Paper notes and edits done. Next step  💻
Read more