Showing posts from 1997
Show all 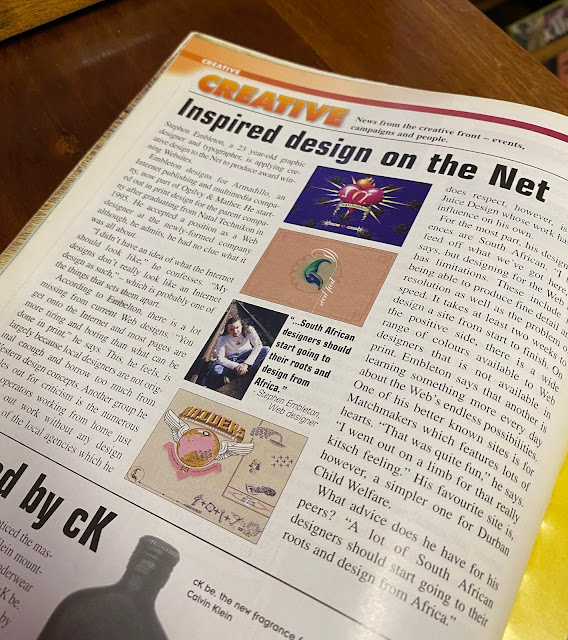 From an October profile/interview featured in Marketing Mix Vol. 15 #9: Stephen Embleton, a 23 year-old graphic designer and typographer, is applying creative design to the Net to produce award winning Websites. Embleton designs for Armadillo, an Internet publishing and multimedia company, now part of Ogilvy & Mather. He started out in print design for the parent company after graduating from Natal Technikon in 1995. He accepted a position as a Web designer at the newly-formed company although, he admits, he had no clue what it was all about. ''I didn't have an idea of what the Internet should look like," he confesses. ' 'My designs don't really look like an Internet design as such," - which is probably one of the things that sets them apart. According to Embleton, there is a lot missing from current Web designs. ''You get onto the Internet and most pages are more tiring and boring than what can be done in print;' he says. This, he f
Read more