- November 08, 2017
The World Conference of Science Journalists was pretty much a whirlwind experience all around. Being invited, being on the panel, meeting interesting people and staying in one of the great US cities (on my bucket list) over the course of just a week was fun and exhausting to say the least.
Jude Isabella and Corey Powell invited us to be pat of “The Rise of Digital Science Magazines” discussion and the format turned out to be a lot of fun and far more interactive than I expected. Pamela Weintraub did a great job of moderating, covering essential ground as well as checking in with Corey on questions from the audience sent direct to the screen in the front. Plus, I learned a lot from the other panelists - some new ideas and some things we have in common.
The panel featured:


When you're at the front, actually talking, sometimes you don't realize how packed the room gets until the end. 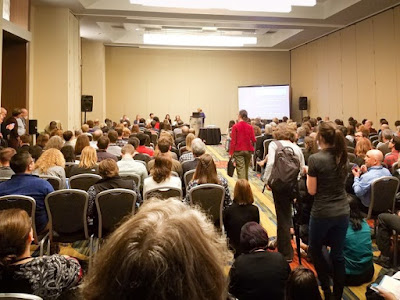 One thing that science journalists do well is Twitter:
"Great to see feedback on Twitter to the session." 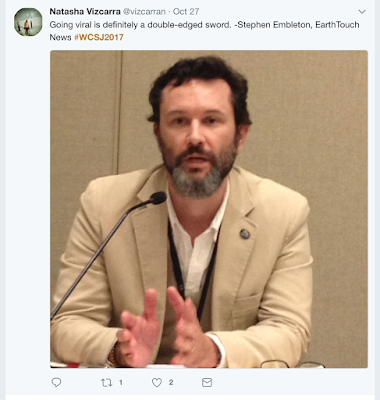 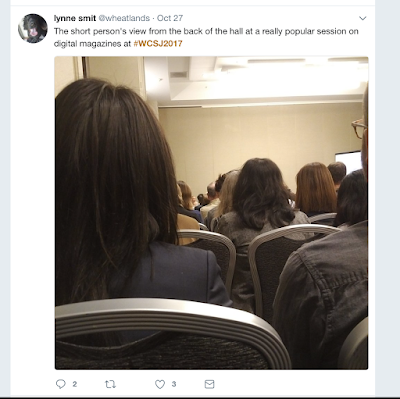 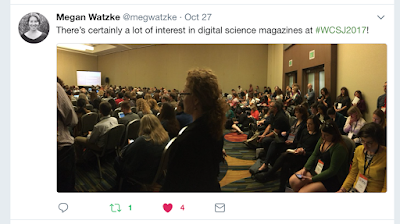 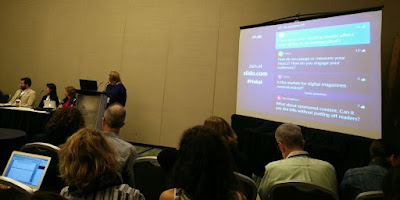 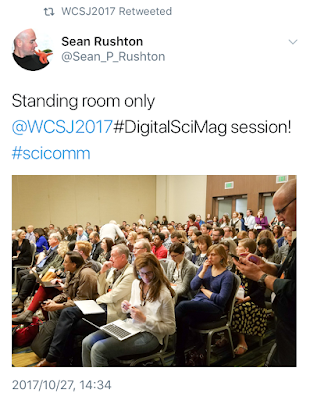