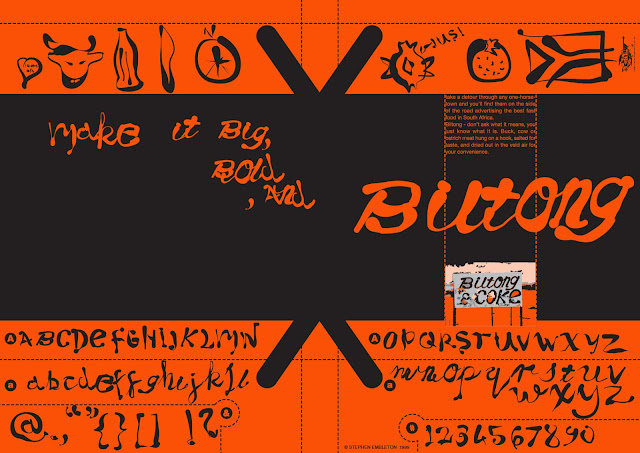 Take a detour through any one-horse-town and you’ll find them on the side of the road advertising the best fast food in South Africa.

Biltong – don’t ask what it means, you just know what it is. Buck, cow or ostrich meat hung on a hook, salted for taste, and dried out in the veld air for your convenience.

Designed by Stephen Embleton of Blue Kryptonite fame, Biltong uniquely captures the freedom and looseness of authentic African signage. The creativity and flamboyance of the aApeople has been successfully harnessed and meticulously compiled to make you a font fit for your unashamed assault.