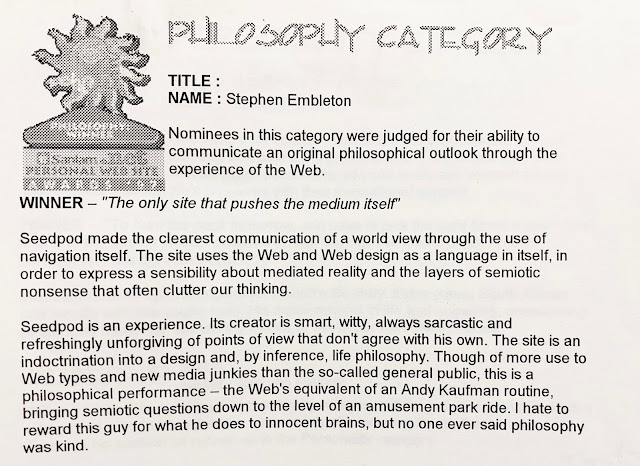 In 1997/1998 I entered my personal design website into the Sanlam Personal Web Site Awards and managed to win in the category of "Philosophy".
The site was my personal website which I used to learn html as well as experiment with the world of the internet. I was supported by my colleagues at Armadillo Interactive and asked for their engineering help when needed. But overall, it was a space to experiment and let loose.
I was flown up on the Saturday for the receiving of prizes and my first ever live web broadcast interview. The cameraman was dropping his hand in a "slow down" gesture because I was firing at a mile a minute because I was so nervous. I flew into Joburg (no luggage) in the morning, was taken to the two/three story building in Yeoville. And by the late afternoon I was back in Durban. Best experience!

"The only site that pushes the medium itself." 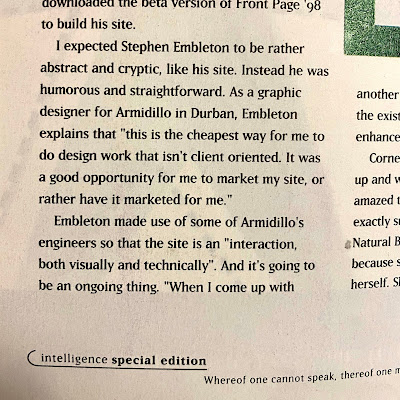 "I expected Stephen Embleton to be rather abstract and cryptic, like his site. Instead he was humerous and straightforward. 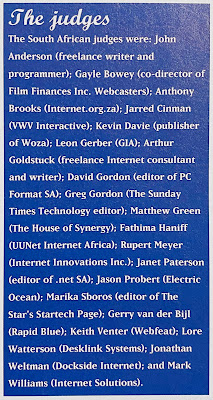 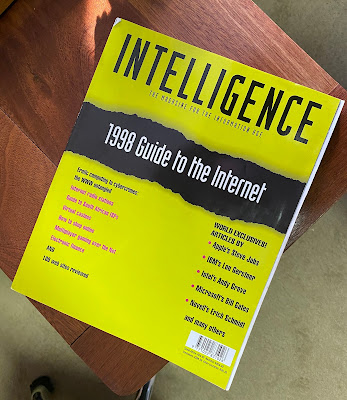 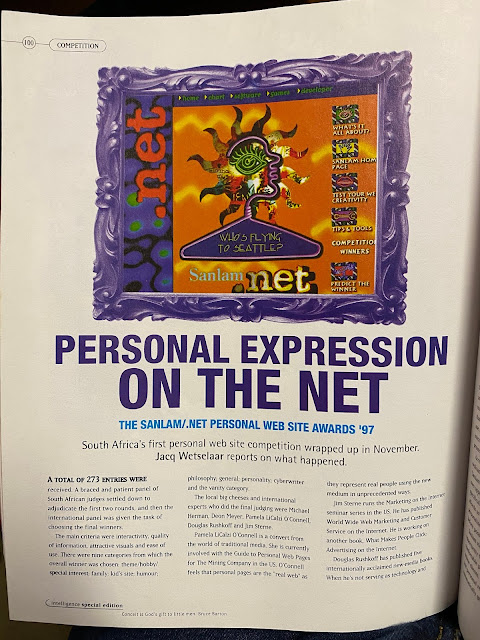 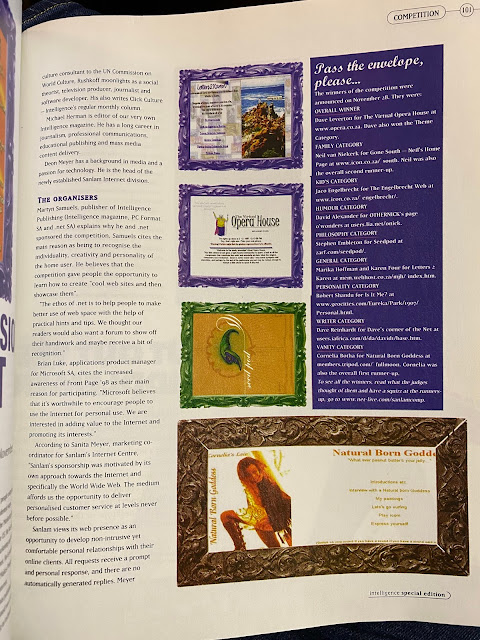 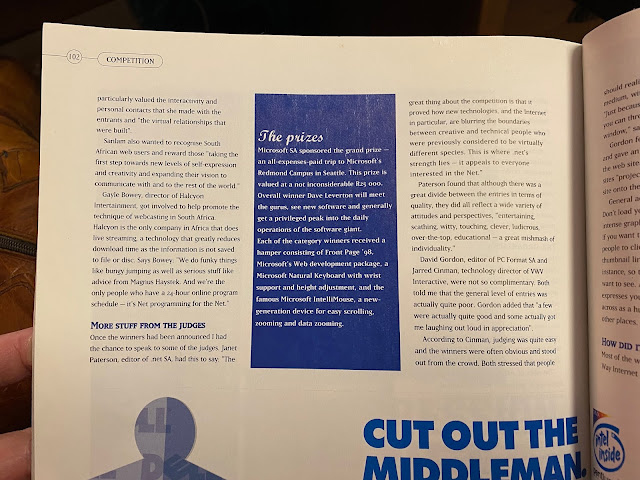 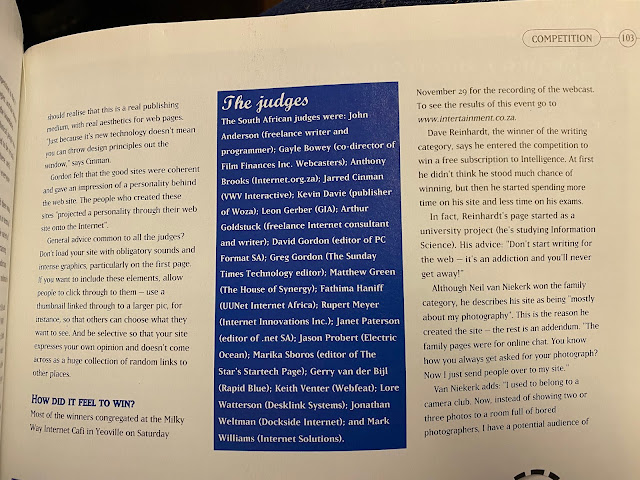 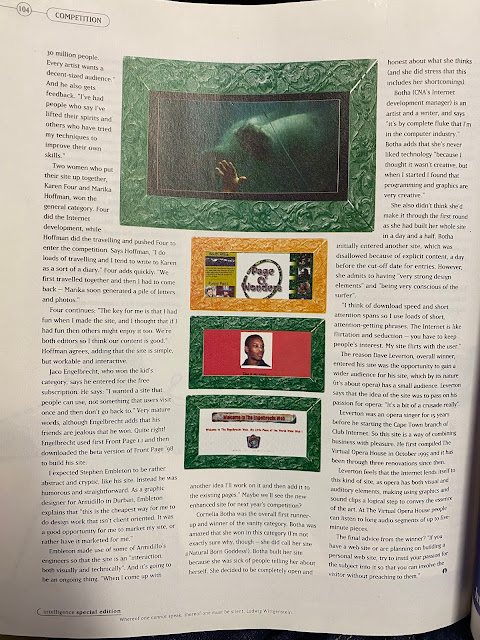